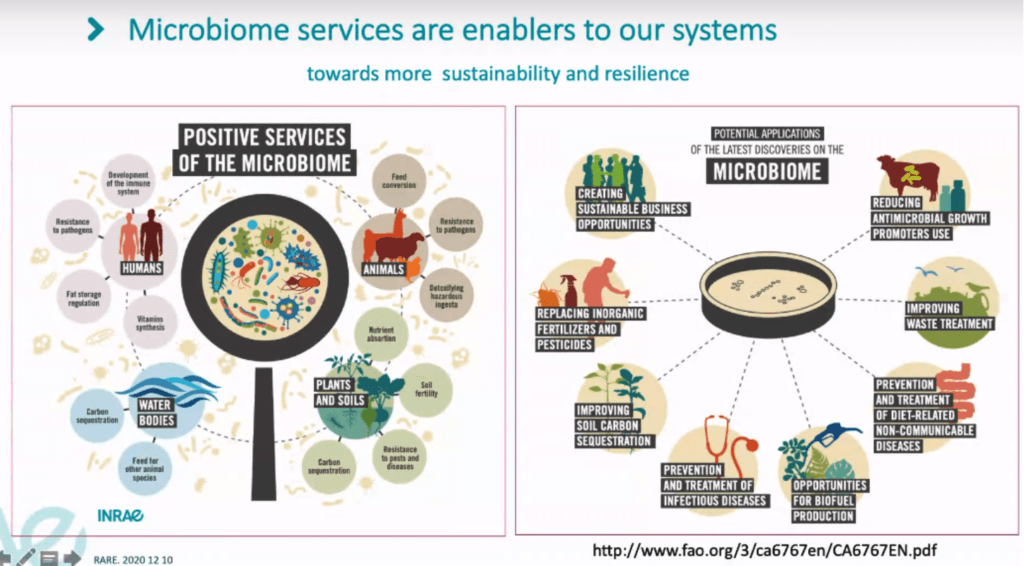 IS_MIRRI21 partner, INRAE-CIRM participated in the Microbiota Day organised by RaRe (French Infrastructure for Research in Agronomic Resources). This scientific meeting was devoted to numerous presentations on methods for the conservation and characterisation of microbiotes from different biotopes (e.g. human, plants, environment, animals). MIRRI and IS_MIRRI21 were represented by the members of the CIRM who presented the objectives of IS_MIRRI21 in the implementation of MIRRI-ERIC. Following numerous questions from the audience (more than a hundred researchers in the field of microbiota studies), they also discussed the role that MIRRI and IS_MIRRI21 could play in facilitating research on the microbiota, and in particular on the conservation and distribution aspects that will shape the 21st century microbiology and its applications in all fields from human health to agronomy.